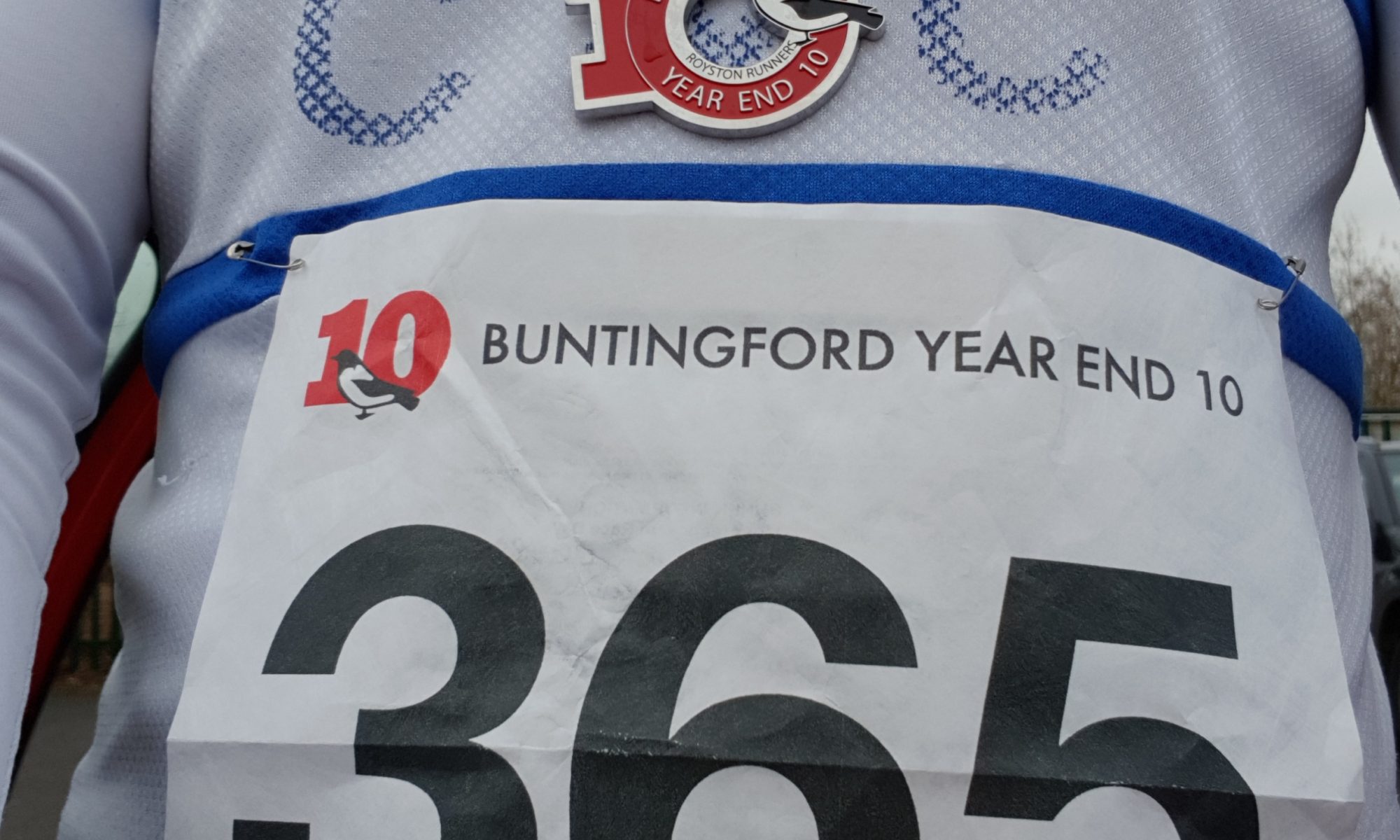 It’s been a while since my last PB and I am not inclined to put this one down to some of Dave Brailsford’s marginal gains. No, I’m giving the credit for today’s result at the Buntingford 10 to my lucky pants, some PB porridge and a last-minute jelly baby out on the course. Given the choice between the application of science (in some form) and good old-fashioned afflete’s superstition, I will personally go with the superstition eight and a bit times out of ten.

There is a lot to be said for the Train Hard, Rock Up, Run Like Fuck school of running. Do the training and trust in it, relax on race day then run like you couldn’t care less about the result. My training has been lackadaisical at best but I have been inspired by the athletes in the Cambridge Half Marathon Support Group. If you want to get your arse in gear to train, then just arrange a session and make sure you get there. I’ve skipped reps, missed a couple of sessions completely through work and frankly struggled to keep up with the group but they are brilliant, endlessly enthusiastic and boundlessly supportive.

It can be hard to relax on race day. It helps if you’re prepared. I am not always well prepared. I was in bed and reading early last night (a history of the Holy Roman Empire, if you’re interested) and up early to have breakfast this morning. PB porridge is just porridge. It becomes PB porridge after the fact. Quite a lot of selection bias going on here but I don’t care. This is not about marginal gains, it’s about oats and milk and water and a bit of salt and some blueberries and maple syrup to serve. The only marginal gains here are to my body weight.

Speaking of which, strictly observe the Two Poo Rule before a big race. It’s a marginal loss I’m willing to make. It’s also easier to relax with empty bowels. TMI? Sorry. So, one poo at home and another in the loos at race HQ.

Into my lucky race shorts (five seconds a mile, at least) and club vest (worth another five to ten seconds a mile), second favourite race shoes on my feet because my favourite race shoes have no grip left on the soles and this can be a slippery race for a tarmac one. I know I’m being superstitious here but I’m not sodding suicidal. Favourite Saltire Buff round my neck and I’m more or less ready to go.

Sometimes ambition exceeds ability by a terrifying amount and you’re chundering in some bushes with three miles to go. On the whole though it’s good sometimes to go for it even if you’re not entirely sure you can hold the pace. I was a bit conservative for the first few miles and went through half way in 39:30. It was inside PB pace and all the hard climbs bar the final one were out of the way. I had my gel before five miles because I was wilting a bit on the long, slow drag up there. I felt a lot better after that and pushed on a bit. When I began to suffer again after eight miles there was a spectator distributing jelly babies on the edge of Aspenden. I scooped one up and popped it in my mouth. I barely started chewing it before I had to spit it out. I couldn’t breathe properly at all. I am just one of those men who can’t run and chew jelly babies.

So, I crossed the line in 1:18:00 in 149th place, 30th MV50. Conditions today were perfect which made things easier. The entire Royston Runners crew were supporting us and also making things easier. They give so much positive energy to the runners that they’re also worth more than some of Dave Brailsford’s marginal gains. My thanks to them.

Nice bit of bling too.